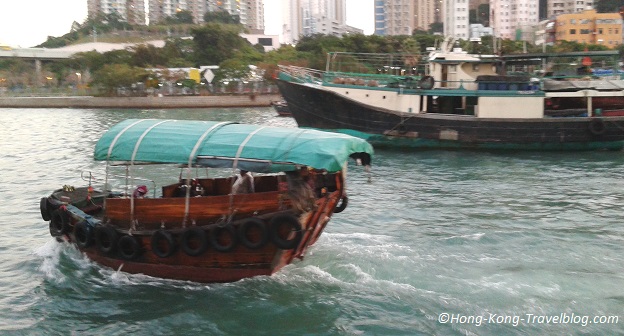 Aberdeen is located in the south of Hong Kong Island. It is the origin of the name of this Fragrant Harbour, Hong Kong. Aberdeen fishing village is a famous tourist spot. You can find the Jumbo Kingdom, a floating seafood restaurant, and many sampans in the Aberdeen Typhoon Shelter, right between Aberdeen and Ap Lei Chau/ Aberdeen Island. The unique scenery in Aberdeen Hong Kong had been featured in a number of local and Hollywood movies, local and international TV programs, video games and cartoons.

Origin of the name and brief history of Aberdeen Hong Kong

Aberdeen was a major entrepot in Hong Kong. Over a hundred of fishermen and villagers settled there earlier than the colonial era. As time pass by, the Tanka people, who used to live on boats have moved onshore since 1950s. In the 1970s, one of Hong Kong’s largest docks there was closed. The site had been reclaimed and was transformed into a private housing estate – Aberdeen Centre.

The Chinese name of Aberdeen is Heung Kong Tsai, which means “Hong Kong Son” or “Little Hong Kong”. It usually refers to the town only, but it can also refer to the areas of Aberdeen (town), Wong Chuk Hang, Ap Lei Chau and Tin Wan. A village named “Heung Kong Tsuen” there is believed to be the origin of the name “Hong Kong”.

Why was Aberdeen called “Fragrant Harbour” in early days?

Date back to the Ming Dynasty (14th-17th centuries), Shek Pai Wan/ Aberdeen Bay acted as an entreport of sandalwood (fragrant tree) from Shatin and Lantau to Canton and hence the name.

The English name, Aberdeen, is named after George Hamilton-Gordon, the 4th Earl of Aberdeen, Foreign Secretary at the time of the cession of Hong Kong Island to the UK in 1842 and later the Prime Minister (1852-1855).

Jumbo Kingdom is one of the world’s largest floating restaurants and a popular seafood dining spot. Jumbo Kingdom, literally Treasure Kingdom comprises of Jumbo Floating Restaurant and Tai Pak Floating Restaurant. The former was established in 1976 while the latter has appeared in Aberdeen Harbour since 1950s. The world-renowned floating restaurants are famous for their Chinese imperial palace design and they can serve over 2,000 diners. There are several restaurants on board including a tea garden and a gourmet restaurant that serve high-quality traditional Chinese and modern fusion dishes. The reputable Jumbo Floating Restaurant is one of the landmarks in Hong Kong. in addition, it has played host to many international dignitaries and celebrities, including HM Queen Elizabeth II, film stars Tom Cruise, Chow Yun Fat and more. Want to follow in the footsteps of them and enjoy a meal at Jumbo Floating Restaurant? Make a reservation it through here.

It is a major tourist attraction to local and overseas tourists. Today, some older Tanka people are still living on their boats and pursue their traditional livelihood of fishing. The majority of the them only fish on the boat instead. Some of the common activities on the boat include: salted fish making, fishing equipment fixing, and showing tourists around on sightseeing sampans. Aberdeen Promenade is a waterfront park. The east end of the park is Kwun Hoi Path (literally sea viewing path) where you can hire a sightseeing sampan, the west end is the Aberdeen Wholesale Fish Market. The park had undergone renovations in recent years and the project was completed in 2014. The galleon-shaped viewing platform is a new landmark of the waterfront. New sampan chairs, fishermen’ sculptures, pavilions, a wooden pedestrian path and a simple tourist information center that introduces the history of Aberdeen fishing port, foster a fishing village atmosphere. Along the Aberdeen Promenade, there are many ferryboats, also known as Kai-to, connecting Ap Lei Chau, Lamma Island, Po Toi. There are also the free shuttle boats to the Jumbo Floating Restaurant. Dragon Boat Race is held during the Dragon Boat Festival every summer. The standard of racers is very high. Aberdeen still keeps the tradition of holding races for longer dragon boats that carry 48 paddlers.

How to get to Aberdeen Hong Kong

Aberdeen mainly relies on bus services as it is currently not served by MTR. MTR station is planned, but not to be completed until 2026. However, the nearest stations at Wong Chuk Hang and Ap Lei Chau are expected to be opened at the end of 2016 or in early 2017. There are also ferries connecting Ap Lei Chau, Lamma Island, Cheung Chau and Po Toi Island etc. Are you planning to visit Aberdeen Fishing Village and Jumbo Kingdom? Please feel free to write some comments and contact us if you have any questions.

Disclosure: This post contains an affiliate link, which means, at no additional cost to you, this blog may receive a small commission if you decide to make a purchase through the link. Your support helps us run this blog better. Thank you in advance. However, there is no obligation to buy through the link. You can still enjoy our content for free.