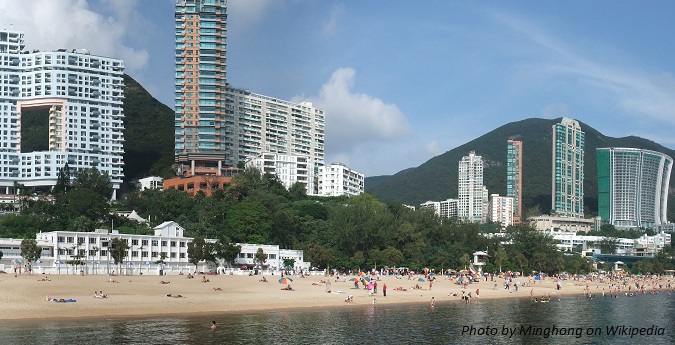 Repulse Bay – where and what

Repulse Bay is a bay of Hong Kong, located in south of Hong Kong Island near Deep Water Bay, Middle Bay and South Bay. Repulse Bay Hong Kong a well-known swimming beach and is a famous tourist attraction. Though it is one of the most expensive housing areas in the city, you can enjoy beautiful natural sceneries, colonial and modern architecture, visit shopping malls and Mosaic Chinese statues.

Repulse Bay is called “Shallow Water Bay” in Chinese. Regarding the origins of its English name, there are many stories. It might be named after the HMS Repulse of the Royal Navy, which was stationed at the bay at some point in the 1840s.

Repulse Bay Hotel and The Pulse

In addition, there are some new developments in the 2010s. Opened in 2014, The Pulse claimed to be Hong Kong’s first shopping malls on the beachside. It is a dog friendly venue. There is another eye catching building, the Lily. This building with rental units was designed by a renowned British architect, Norman Foster, and was opened in 2010.

Repulse Bay Beach is managed by the Leisure and Cultural Services Department which provides dressing rooms, shower facilities and with lifeguards on duty. Additionally, there are rafts, beach volleyball court, snack kiosk and barbecue areas.

At the far end of the beach is the Kwun Yam Shrine, a garden built in classical Chinese style in the mid-1970s. There you can see the Statues of Kwun Yam and Tin Hau of over 10 meters high. What a contrast to the above mentioned sceneries and buildings! So, it is worth a visit! 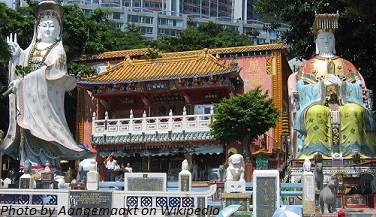 Come and experience the real Hong Kong in this all-in-one attraction. You can experience the nature (Repulse Bay Beach) with some modern elements (The Pulse and The Repulse Bay etc.), as well as buildings in Western (Verandah Repulse Bay) and Chinese styles (Kwun Yam Shrine).

How to go to Repulse Bay Beach Hong Kong?

Feel free to contact us if you have questions or need more recommendation. To get free newsletter and updates from Hong Kong Travel Guide in your inbox, simply sign up at the right-handed sidebar.