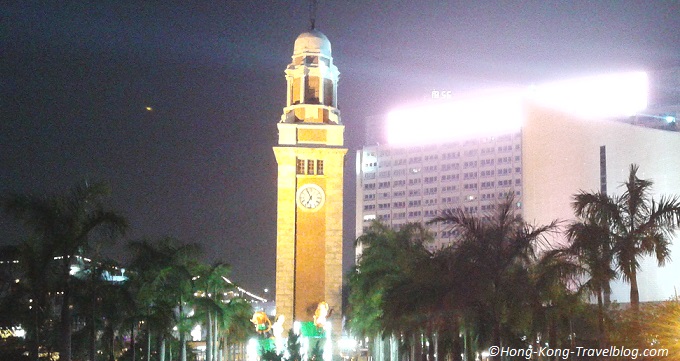 Clock Tower Hong Kong was built in 1915 and was listed as a Declared Monument in the 1990s.

The 44-metre tall Clock Tower was built with red bricks and granite in the Edwardian Classical Revival style, with a 7-metre lightning rod on the top. The Clock Tower is the only remnant of the former railway station.

The Hong Kong section of the Kowloon-Canton Railway was opened in 1910. The Station, however, did not begin construction in 1913. The construction of the Station was once suspended due to World War I as the required materials shipped from the UK was affected. Tsim Sha Tsui Clock Tower, being part of the railway station, was finally completed in 1915 while the whole station was completed a year later. You could never have imagined that the Clock Tower actually reused the clock from the newly demolished Pedder Street Clock Tower at that time and the fact that it only had a clock on one side in the early days. The installation of clocks at the remaining three sides started in 1920 and began operation in 1921. The clocks have been running ever since except the Japanese occupation of Hong Kong during World War II.

Times never last, the chimes of Clock Tower Tsim Sha Tsui was removed in the early 1950s. What’s more, the whole station was moved to Hung Hom, the present site of the existing Hung Hom Station, in 1975. The station building was demolished in 1978. Fortunately, the Clock Tower was retained at the request of Hong Kong people as a collective memory.

To celebrate the 100th anniversary of the opening of KCR Kowloon to Lo Wu section in 2010, MTR (the present railway company) particularly displayed the bronze bell on the ground floor of the Clock Tower.

Clock Tower Hong Kong how to get there