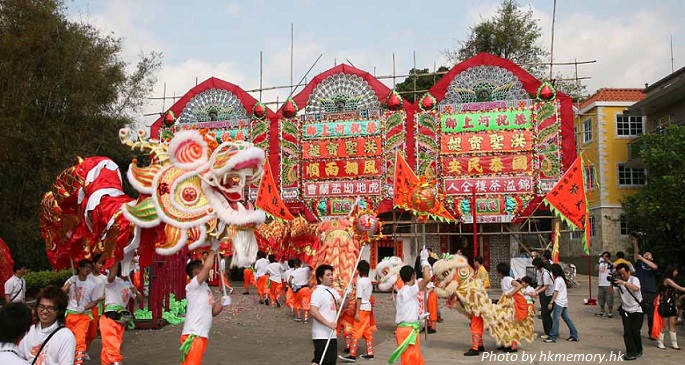 Hung Shing Festival (洪聖爺誕) is on the 13th day of the 2nd lunar month. Hung Shing Temples all over Hong Kong would hold a series of celebration activities around the festival. This year, the festival falls on 19 March 2019.

The Legend of Hung Shing

Hung Shing, “Saint Hung” literally, named Hung Hei, was the Governor of Panyu near Guangzhou in the Tang Dynasty (AD 618-907). He was well-known for his integrity and erudition, and was knowledgeable on astronomy, geography and mathematics. An observatory was set up by him to forecast weather to benefit people especially fishermen and merchants at sea. He overworked and died early unfortunately. To honour his contributions, the imperial emperor awarded him the title “Nam Hoi Kwong Li Hung Shing Tai Wong”, which is “Saint Hung the Great King of Extensive Benefits of South Seas” in literal sense. It is said that he was immortal after his death and repeatedly save and guard the people against natural disasters. Many temples were built in the coastal areas or on the waterfront to worship him.

There are over 20 Hung Shing Temples in Hong Kong, the liveliest celebrations can be found in Ap Lei Chau near Aberdeen fishing village, Tai Kok Tsui in Kowloon, Ho Sheung Heung in Sheung Shui, Kau Sai Chau in Sai Kung and Mui Wo on Lantau Island. Some villages and temples celebrate the festival on different dates, such as Po Toi O in Sai Kung which do so on 13th day of the 8th lunar month.

Established in 1773 by local fishermen, this old temple is located on Hung Shing Street next to Ap Lei Chau Waterfront Promenade facing Aberdeen Harbour since the Qing Dynasty (1644–1912). It is listed as a declared monument in Hong Kong.

There are lots of celebrations. You can enjoy traditional processions, dragon and lion dances, Chinese opera performances held on temporary bamboo stages and more. 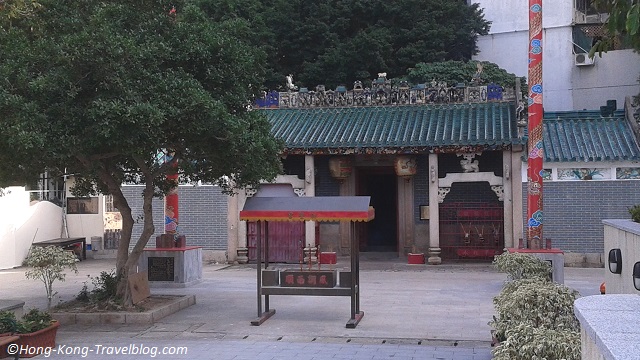 Hung Shing Temple Tai Kok Tsui was built in the late 19th centurymand originally located in the Fuk Chuen Village. The temple was relocated to this nearby current site in 1930. It is now a Grade 3 historic building in Hong Kong. There was a century-old wishing tree in front of the temple.

This temple is located on Pai Fung Road of the 800-year-old village. It is believed that the Hau Clan, one of the Great Five Clans of Hong Kong, have settled in Ho Sheung Heung since the Song Dynasty and later constructed this temple. This Hong Kong’s Grade 3 historic building was refurbished in 2013.

It is a great opportunity to experience Hong Kong little known rustic culture. Although the Poon Choi Feast or Big Bowl Feast held in the evening of the festive day mainly serve the clansmen, you can still enjoy traditional procession, Cantonese opera and the most exciting firecrackers scrambling which you cannot find in any other village in the territories.

How to get there to celebrate Hung Shing Festival

Which temple are you going to visit to celebrate Hung Shing Festival? Please feel free to leave us comments or contact us if you have any questions.