Victoria Harbour is situated at the heart of Hong Kong, between Hong Kong Island and the Kowloon Peninsula. This wide and deep natural harbour has facilitated the development of Hong Kong in the modern era. Victoria Harbour is the third largest natural harbour in the world, after San Francisco in the United States and Re de Janeiro in Brazil. In 2012, Hong Kong has earned the best night view in the world, together with Monaco in Europe and Nagasaki in Japan. A Symphony of Lights, the nightly multimedia show involving skyscrapers on both sides of the harbour, is named the ‘World’s Largest Permanent Light and Sound Show’ by Guinness World Records. 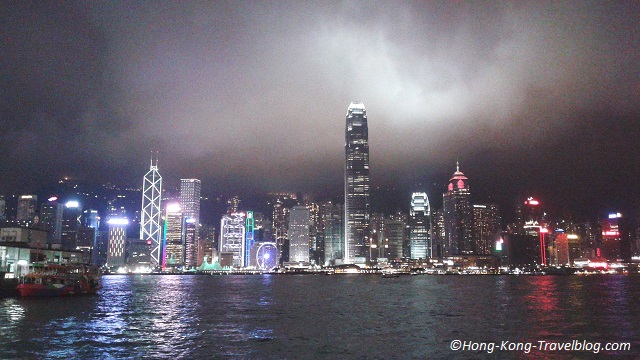 Victoria Harbour Hong Kong covers an area of about 41.17 square kilometers as of 2013, with an average water depth of 12 meters. General speaking, the eastern boundary is Lei Yue Mun and the western boundary is between Green Island and Tsing Yi Island. Victoria Harbour is surrounded by mountains as it was a crater in ancient time. This makes it a natural sheltered port for various kinds of vessels. Further, the harbour is a warm-water port where the water does not freeze in wintertime and is available all the year round.

The harbour has been a main navigation channel since hundreds of years ago. According to historical records, Kowloon Bay was garrisoned in the Song Dynasty (960–1279). The harbour was called Tsim Sha Tsui Sea Surface or the Middle Door in some Qing Dynasty (1644 – 1911) documents.

In 1842, Hong Kong Island was under British rule, the harbour had an English name called Hong Kong Harbour. In 1860, British occupied Kowloon Peninsula and thus the harbour in between was renamed Victoria Harbour as Britain was in the reign of Queen Victoria at that time.

During British rule, the naval base was in Admiralty (now Tamar) near Central. The base has been moved to Stonecutters Island to the west of Kowloon Peninsula after the handover of Hong Kong to China in 1997. As Hong Kong is a free port, British and American warships often moored here for replenishment. Even after 1997, American warships sometimes appear in Victoria Harbour.

Where to view Victoria Harbour

Both sides of Victoria Harbour are the busiest central business districts of Hong Kong. At night, dazzling lights from the external walls of skyscrapers, colorful neon lights from billboards, together with other eye-catching lighting and picturesque ridgelines, outline the extraordinary night views. In 2012, Hong Kong was elected the Top 10 city skylines by Cheapflights.com. There are numerous places to view the amazing Victoria Harbour. Some of them are listed below:

To view both Hong Kong Island and Kowloon Peninsula:

If you have time for romance, join a harbour night cruise and have dinner at the Peak is highly recommended. If you don’t have incredible amount of time, I would recommend a walk along the Tsim Sha Tsui Promenade, take the Star Ferry and climb up the Peak. Fireworks displays are usually held in Victoria Harbour on the second night of the Lunar New Year (mostly in February), in the evening of Hong Kong SAR Establishment Day (1 July) and that of the National Day (1 October). Fireworks will be added to the light and sound show, A Symphony of Lights, on special events or holidays, like Chinese New Year and Christmas.

Every year, dragon boat teams from around the world are invited to participate in this great event. In recent years, Hong Kong International Dragon Boat Regatta has turned into a larger scale event, Hong Kong Dragon Boat Carnival (usually in June).

Royal Hong Kong Yacht Club organizes a number of regattas in the Victoria Harbour throughout the year. The most spectacular one would be the Around the Island Race.

First held in 1906, the cross-harbour swimming race was a great annual event. Participants swam across the sea from Tsim Sha Tsui Public Pier to Queen’s Pier in Central for a distance of 1600 meters. However, due to several reasons, the activity discontinued in 1979. Out of surprise, the government has organized the race again since 2011. But the route has changed into Sam Ka Tsuen Pier (Kowloon Peninsula) to the Quarry Bay Park (Hong Kong Island). It is usually held in October, click here for details. Bear in mind that it is illegal to swim in Victoria Harbour without the permission of the Director of Marine.

Although there is no bridge connecting Hong Kong Island and Kowloon Peninsula, there are currently three cross-harbor tunnels underneath, including the Cross-Harbour Tunnel, the Eastern Harbour Crossing and the Western Harbour Crossing, which were opened in 1972, 1989 and 1997 respectively.

Ferry was the only means of transport before the opening of Cross Harbour Tunnel. Passengers usually took the Star Ferry or smaller boats to cross the harbour; while drivers relied on roll-on/ roll-off ships or ro-ro vessels. Star Ferry is still in service today. However, the once flourished ro-ro services that launched in 1933 discontinued in 1998. In May 2016, ro-ro ships resumed service for five days to celebrate her 83rd birthday.

There are many ferry terminals and public piers on both sides of Victoria Harbour. Other than in-harbour routes, Central Piers offer outlying islands routes. Click here for various routes.

Moreover, there are two cross-border ferry terminals (CBFT) on the harbourfront: Hong Kong – Macau Ferry Terminal in Sheung Wan and China Ferry Terminal in Tsim Sha Tsui. Both of them provides services to Macau and Guangdong Province.

Completed in 1966, Ocean Terminal in Tsim Sha Tsui Kowloon is one of two cruise terminals in Hong Kong at present. Many famous cruises berthed there, including the world’s largest cruise at that time, RMS Queen Elizabeth. Another cruise terminal was located at the end of the former runway of Kai Tak Airport. Kai Tak Cruise Terminal was first opened in 2013.

Hong Kong is mountainous and lacks flatland. Large scale reclamation projects have been undertook since early years which have shrunk the harbour. Concerns for water quality, navigation and landscape have intensified in recent years. In response to the public concern, the government is eventually trying to reconnect people to the harbour by providing more recreational facilities other than building more skyscrapers, hotels or shopping malls along the harbourfront. Exciting plans like sunbathing area, water slides and diving pool, pet park and cycling paths are being considered on Wan Chai and North Point harbourfront. Let’s wait and see.

I hope you enjoy this article and your visits to Victoria Harbour.