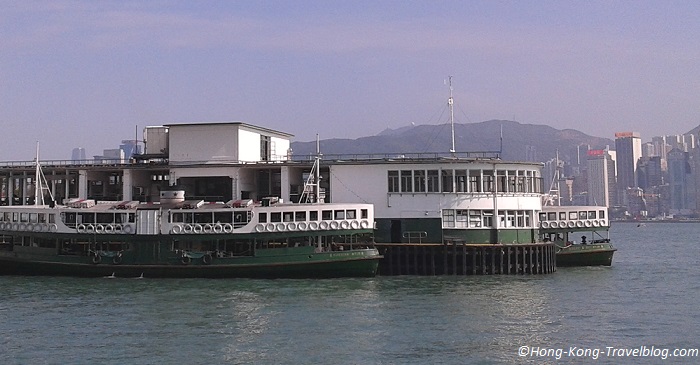 Star Ferry Hong Kong is a famous passenger ferry service operator and tourist attraction. The humble Star Ferry vessels have been carrying passengers across Victoria Harbour, between Hong Kong Island and Kowloon Peninsular, since 1888. Nowadays, although the two sides of the harbour are well-connected by cross harbour tunnels and the MTR, tens of millions of visitors and locals still like to cross the harbour by the Star Ferry so as to enjoy the stunning view, convenience and low fares.

In 2009, National Geographic listed the Star Ferry as one of the “50 Places of a Lifetime”; the Society of American Travel Writers rated it as the “Top 10 Most Exciting Ferry Rides” in the world. Another highlight of the Star Ferry is the use of a long hook to moor a ferry. This method has been used since the 19th century. 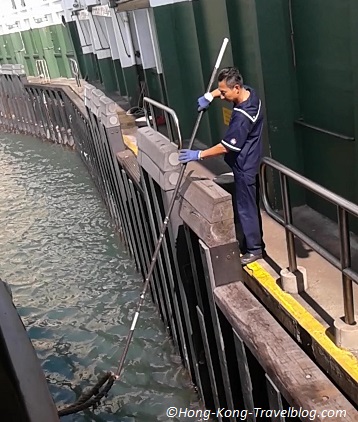 Octopus or tokens is accepted for the ride across the Victoria Harbour. Tokens are available in the vending machines at the piers.

To get discounts and look for more tour options, click here.

Get discounted roundtrip ticket and book in advance.

How to get to the Star Ferry Piers

All the vessels have the word “Star” in their names. They are all double-decked and double-headed using diesel. These vessels were built by the Whampoa Dock between 1958 and 1965.

1916, the nearby Tsim Sha Tsui Railway Station was opened and the number of passenger increased significantly.

1918, a steamboat was first launched, it was commonly known as the “fireboat”.

1933, the Star Ferry took the franchise of running the route between Tsim Sha Tsui to Central. In the same year, it introduced its first diesel engine vessel.

1941, during the Second World War, the Star Ferry decided to maintain the ferry service in order to evacuate refugees, the army and the officers in Kowloon Peninsula. The service was then suspended for three years and eight months until 1949.

1965, the Central to Hung Hom route was put into service.

1966, the fare was increased from 2 cents to 2 cents 5 cents which triggered a riot.

1967, all ferry services were suspended due to the 1967 riots. The route running between Tsim Sha Tsui to Central was resumed after a month, while the Central-Hung Hom route remained closed until the opening of Hung Hom Railway Station in 1975.

2006, the Star Ferry Pier Central was moved from the original Edinburgh Place Pier to Central Pier 7 and 8 causing a series of protests.

2011, the routes Hung Hom-Central, and Hung Hom-Wan Chai was terminated.

2017, sightseeing service between Tsim Sha Tsui and Disneyland Resort Pier has been launched.

In the 1960 film The World of Suzie Wong, Robert Lomax (played by William Holden) takes the Star Ferry to Hong Kong Island and meets Suzie Wong (played by Nancy Kwan) on the ferry. It also appears in the 1988 TV miniseries Noble House, in the French films Les Anges gardiens (1995) and La Moustache (2005).

Do you enjoy riding on Star Ferry Hong Kong? Please feel free to leave us comments or contact us if you have any questions.

Disclosure: This post contains affiliate links, which means, at no additional cost to you, this blog may receive a small commission if you decide to make a purchase through the links. Your support helps us run this blog better. Thank you in advance. However, there is no obligation to buy through the links. You can still enjoy our content for free.